I can’t believe it’s been six months since I last blogged! I guess life just got away from me these past few months and I didn’t make it a point to slow down and update it. 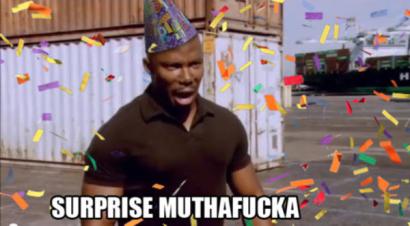 For the most part, life has been good. There have been several changes and additions to my life that I feel very comfortable with.

Living with The Teacher, has been amazing so far and we’ve managed to compromise and create routines to keep us both happy and engaged in the experience of sharing a home. For example, we make it a point to have dinner together every night unless one of us is out of town. Regardless of how busy or tired we are, we always sit down over dinner to spend time together. We also make a point to have at least one formal date night (in the sense that we’re specifically going out or staying in with the purpose of spending dedicated and uninterrupted time together)

We have also done well with tending to our “alone time” for hobbies and decompression. With The Teacher, his “alone time” is usually spent playing video/computer games, reading and grading, while mine has been binge watching shows that I know he has no interest in, taking walks and on very rare occasions, writing.

We’ve definitely grown a lot as a couple over the past six months and I look forward to growth continuing.

After months…well, YEARS of living in fear of being stranded during my long-ish commutes, I finally bought a new (to me) suv It’s a Candy Apple Red 2017 RAV4 SE with black leather seats and a sunroof. It’s been a pretty fun suv so far and I’ve wanted one for a few years now. I purchased the RAV4 on somewhat of an impulse on a random Monday I took off from work for rest and relaxation. I had been casually researching suvs online and came across the RAV4 in my search. It was reasonably priced and had all the features I was looking for, so I drove 45 minutes out of town to test drive it and ended up buying it. I initially told no one that I bought it until I pulled into the driveway to surprise The Teacher with the news later that afternoon. He was quite surprised, especially since he had been nagging me to buy a new car over the past year.

I’ve had some ups and downs over the last few months mental health wise, but I’ve started to pay more attention to my triggers and have found healthier ways to distress (like reading, writing, walking, resting). For instance, I’ve made it a point to take at least 2-3 days off per calendar month and so far, I’ve done well with that promise to myself, which has given me some much needed mental breaks from the chaos that is my job. I try to make it a point to have at least one of the 2-3 days spent doing very little planned activities. I’ve primarily tried to make it a point to stay at home and relax when I can.

My sexual health has been a tad bit better lately as I think my hormones night be trying to settle down (fingers crossed). I still find myself spotting more than I’d like (which is annoying), having the occasional and unexplained mood swings, cramps and occasional breakouts, but I’ve learned to live with them and have adjusted some of my self care routines to address some of the side effects. The peace of mind knowing that the probability of an unplanned pregnancy is highly unlikely, seems to set me straight whenever I get discouraged by the side effects (especially because we weren’t being careful early on). I will say that it worries me a bit that when it comes time to remove the implant (in a little over two years), will I struggle to conceive (should I want to), because I’ll have hit the age of being considered a “geriatric pregnancy” and complications will ensue.

Over the past six months, I’ve been able to spend more time with getting to know the Teacher’s family. I’ve grown to really like them and from what I can tell, they seem to enjoy my company as well, which is a relief. About a year ago, I was nervously on my way to meet his father for the first time and now we’re on a first name basis. About two weeks ago, we spent the weekend with his mom and I really got to spend a lot of one on one time with her, which was lovely.

The Teacher has also spent more time with my parents and even came with me to a mini family reunion on my mom’s side of the family around The 4th of July. My family was very welcoming to him and he seemed to genuinely have a great time. I know meeting someone’s extended family can be particularly scary, because you really have no way of knowing (or controlling) how they’ll feel about you.

Lately, we’ve been invited to or involved with numerous milestones from friends. Weddings, Bachelor/Bachelorette Showers, Baby Showers, Engagement Parties, etc. For each milestone, it sort of makes me wonder what reaching those milestones might be like or if it’s too soon for me to even consider thinking about them. There was a time where I couldn’t realistically envision any of those things happening to me, but now they seem somewhat attainable.

Recently, The Teacher has shown a heightened interest in a ring that I wear infrequently on my right ring finger. The ring is silver and a bit on the plain side. Each time I wear it, he’ll comment on it, remove it from my hand and examine it closely. Sometimes he’ll playfully toss it around, which has made me warn him not to lose it. His response, “Well, I’ll buy you (another) one”. Perhaps I’m reading too much into this, but he rarely shows interest in the other jewelry I wear–even pieces that he’s given me. This also isn’t the first time I’ve worn rings, I’ve worn them here and there since we’ve been together.

Update : My speculations were true! Last night, The Teacher told me that he plans to give me “another kind of ring” around our anniversary (in four months). His reasoning? He says the two year mark seems like the perfect time. He also said he wasn’t really going to keep his plans a surprise much longer because he needs my help on selecting the right ring 💍 .

Welp, hopefully I do a little better about blogging and less time stuck in la-la land.