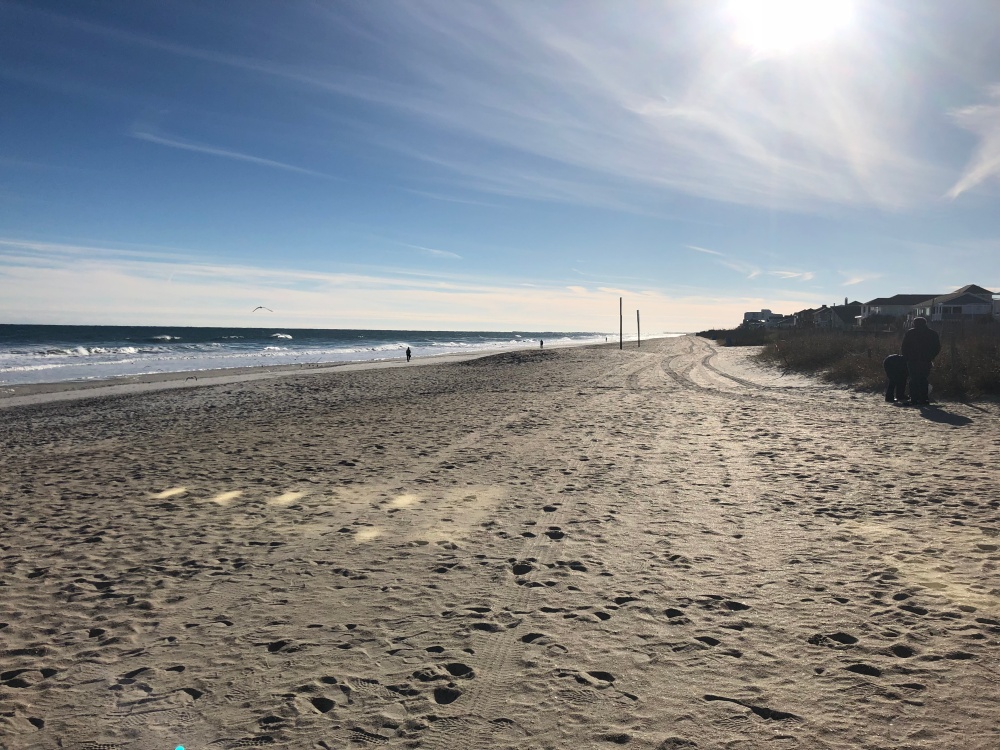 (I took a quick overnight road trip to the beach to clear my head Thursday-Friday. I felt at peace doing this alone)

Life has been fairly chaotic lately, but in a good way. With each passing day I feel better and much more like myself. I no longer feel like I have to abuse my medication or drown myself in alcohol just to “make it through”.

I’ve spent so much time lately being social, but it’s helped me to refocus and look forward to the future. One of the things I haven’t put much effort into is dating. I found out from my ex that he’s “newly seeing someone” (I’m not sure how “newly” he means) and I have to say that this news didn’t really trigger any emotion from me. I mean, I AM happy for him, but I also think he’s extremely impulsive, so hopefully that works out for him? I hope he learned something from our situation and doesn’t repeat it, but I have a feeling he probably will. I feel like I’ll be 100% better when I can look at that situation and just find happiness without indirect (or well direct) insult. But no, that’s great for him and I’m glad he told me and we talked about it. Previously, I told him I was still healing and not really entertaining dating at the moment and he (I guess) seemed ok with me telling him how I FELT (which I don’t regret).

Anyway, I’ve been attending some nights out with friends lately where we’ll play board games at various bars. It’s been a great way to dust off some old skills and also meet many new people. The Saturday before Christmas, we all met up for a game night and drinks. We spent hours playing games, tossing back drinks, laughing and having fun. Post game night, a few of us decided to bar hop around the city. While bar hopping, I ended up talking to this one guy in our group. While we’d seen each other here and there at game nights, we never really spoke directly until that night. We ended up spending the entire night talking and laughing. He was really great company. He was classy, kind and super intelligent. Towards the end of the night, he put his arm around me as we stumbled back to his car (he drove me and some others across downtown to one bar because it was too far to walk). It felt nice to be in good company. We ended up exchanging numbers, adding each other on facebook and Instagram. I’ve been so detached from the idea of dating that I’ve lost the ability to really determine if someone likes me or is flirting with me. Alcohol was a factor in this situation (we both easily had about 8 beers that night between 8 hours) so I’m not going to read too much into it….plus, I’m fine just as I am. Why complicate things? We still keep in touch here and there and saw each other at last night’s game night, where we tag teamed during each game we played. If anything, he seems like he’d make a cool friend. What I don’t want to do is go haywire with assumptions and expectations right now. Yeah, I just want to kind of chill and have fun.

But am I ready for dating? Like really ready to ‘get back out there’ and really do this? Ha, no. I find myself post breakups not really taking dating too seriously if I jump in too soon. I did this last year after a situation ended. I ended up spending much of the spring casually dating here and there with no real purpose other than to pass the time. I didn’t take any of the guys seriously. Maybe I was too critical of them all or maybe they all really were huge time sucks.  It wasn’t until I met my ex (which I never expected to), that changed the game, so to speak. He was different. I have faith that some other guy will come along (when I least expect it) and change the game again, but for now I’m not going to actively search.

Anyway, I hope in 2018 I’m able to start fresh again. While 2017 had some amazing moments, it also had some dangerous lows and some revelations. Here’s to hoping it’s a good one.

I was intangled with this guy after a mildly heavy night of drinking a month ago.

END_OF_DOCUMENT_TOKEN_TO_BE_REPLACED

In honor of the twitter trending topic #wastehistime2016, I decided now would be as good as any time to start blogging semi-regularly again.

It’s funny, because the trending topic brought up many memories of just how messy and wasteful 2015 was for me in terms of “dating”. I’m going to leave that in quotes because I don’t particularly want to claim any of the guys that I “dated” last year. I’d like to indefinitely cut ties with  all of them and move forward with 2016 on a squeaky clean slate.

The most recent guy I dated (this is not in quotations because he willingly went around publically telling people we were actually dating after the first week?–WTF), turned out to be the biggest waste of time and energy from all of last year hands down. I’m not going to go into a great deal of detail about him, but I learned the valuable lesson of never rebounding with someone else who is also on the rebound, because you both tend to be messy as hell and move entirely too quickly with no defined path. We had our fun here and there, but the situation would have never realistically sustained itself in the long run. There were so many flags on the play.

Anyway, I have found myself to be exhausted after that situation (and last year in general), so I’ve decided to take a break from dating to heal and refocus. I’d like to refocus on my career, my hobbies, family, friends and blogging!

I also hope to actually keep up with blogging this year.